with Cindy Scott and Brian Seeger

Mining for Magic - New Orleans! will be an intensive five-day gathering of a dozen vocalists seeking to find deeper musical connections with themselves and their audiences. Led by Berklee College of Music voice professor and touring artist Cindy Scott, along with University of New Orleans music professor and award-winning producer Brian Seeger, Mining for Magic - New Orleans! will open new pathways to musical freedom and expression, liberate your ideas and your sound, pump up your technique and encourage you to bring yourself all the way into the process of music making and performance. 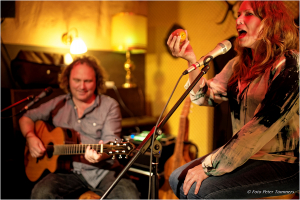 Workshops, master classes with New Orleans musical dignitaries, rehearsals and the culminating concert with an A-team backing band, will all take place at the New Orleans Jazz Museum at the Mint, in the historical and vibe-drenched French Quarter. Summit participants will be housed just a couple of blocks away from the Mint and Frenchman Street, one of the most concentrated live music scenes in the world. Although the schedule will be full of inspiring and empowering musical activities, there will be some time for exploring, hearing live music, and sampling the local cuisine in this foodie paradise. 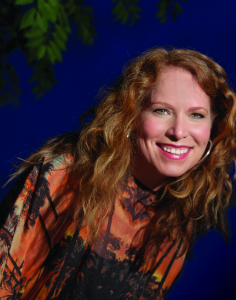 Cindy Scott is recognized in the vocal community as a singer’s singer. Her technical mastery and deep commitment to the lyric and musical expression has earned her loyal fans around the world. Originally hailing from Tupelo, Mississippi, Cindy Scott has lived a life steeped in all forms of American roots music, jazz, gospel, and southern soul. She came up in an extended family full of talented musicians and passionate educators, and was singing parts at the family jams at the age of 2. Her earliest formal training was on classical flute, and she went on to earn her first college degree on a flute scholarship. She also plays guitar, bamboo flute and hand percussion, and is a composer and lyricist. Scott has lived all over the South as well as in Germany, Mexico and Hungary. She speaks German and Spanish, and has Masters degrees in both Jazz Performance and International Business. Most recently, she spent more than a decade living and working in New Orleans rich musical environment, performing with a who’s who of the Crescent City and establishing herself as the go-to teacher for the top tier of New Orleans’ vocalists. Scott joined the Berklee faculty in 2016. 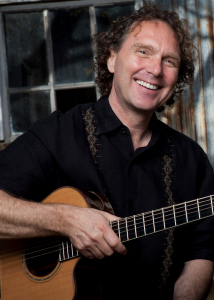 Guitarist Brian Seeger is an integral part of New Orleans still vibrant jazz community. His recording and performance credits include Aaron Neville, Charlie Hunter, Karrin Allyson, Big John Patton, Jason Marsalis and many others. Although his musical excursions have been influenced by his studies with contemporary jazz figures such as Gary Burton and Ellis Marsalis, Seeger's playing is well grounded in the blues and American roots music, as well as the sounds of New Orleans' streets. Seeger deftly melds these elements into an approach that is extremely heartfelt and individual; his aesthetic is fundamentally that of a jazz musician, but there is still ample space for ideas from other idioms.
Along with his accomplishments as a performer, Seeger is a well known jazz educator and composer. He holds a full time faculty position in the esteemed University of New Orleans Jazz Studies program, and was the director of the National Guitar Workshop's Jam Summit.

Karla Mundy started SongRoots in July 2013 and is beyond thrilled at how this dream has taken root and is growing. After going to (and loving) many music camps and workshops, Karla thought it would be wonderful to have an all vocal camp in Western Canada. At most of the camps that Karla went to, there would be large overflowing and happy singing classes and she could imagine that a whole camp dedicated to singing would be wonderful. SongRoots is a chance to dig deeper, expand repertoire and styles and focus solely on the voice with others who love to sing in an intensive setting on a beautiful island away from our busy daily lives!  Karla loves the sense of community that has emerged from SongRoots and is delighted by the musical and personal growth that happens every year during (and beyond) these 5 magical days in July!

Wednesday January 2nd - Everyone arrives in New Orleans and we spend the day settling in. Our first meet up will be a shared welcome dinner at Brian's home.

Thursday January 3rd-Monday Jan 7th - morning and afternoon classes with Cindy, Brian and several guest artists - Mining for Magic, Jazz Vocal Essentials, Improvisation, Practice Technology, Overcoming Performance Anxiety, Band leading, Masterclass with Special guests and schedule band rehearsal with incredible New Orleans musicians. The evenings will be free to explore the bustling music scene with suggestions from Brian and Cindy. There will be a final performance with all of the participants on Monday night.

Here is a full view of the week's schedule! 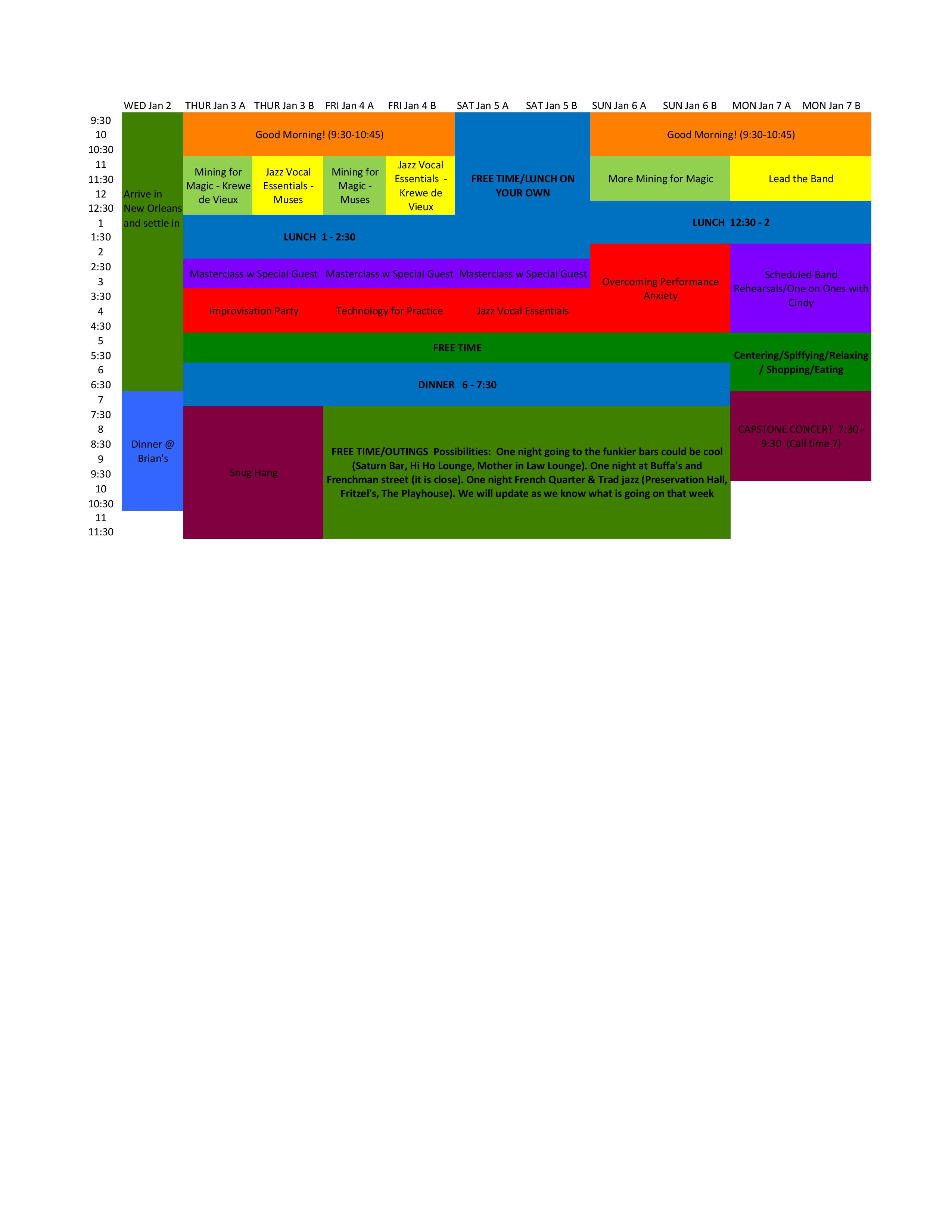 We will be staying in the Lamothe House Hotel in the Faubourg Marigny neighbourhood. We will be a short walk away from our beautiful rehearsal space at the Mint and just down the street from music filled Frenchman Street.